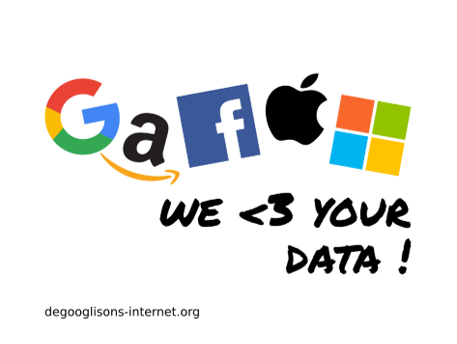 At the start of 2020, the market capitalization of these 5 companies represented 5 trillion dollars, that is to say twice the GDP of the 6th largest economy in the world: France. As these companies are essentially digitally oriented (advertising, digital equipment, online sales, software), their capitalization has further leaped in 2020 with the policy conducted on a global scale …

There are other transnationals that challenge the power of GAFAM such as NATU (Netflix, Airbnb, Tesla, Uber) or BATX (Baidu, Alibaba, Tencent, Xiaomi).

Google filters your thought ; Apple knows where your mother is ; Facebook controls what you can read ; Amazon knows what gifts you will have ; Microsoft formats your children 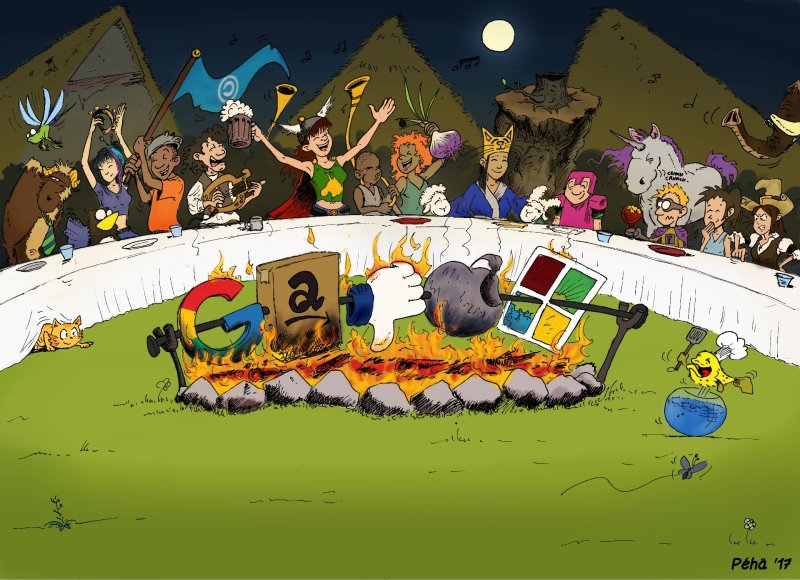 Free software, of course! Their communities offer the equivalents to proprietary software, but as a bonus free of charge, modifiable (if you’re a little into code) and based on the values ​​of Liberty, Equality and Fraternity. In this sense, free software is a democratic social movement, which does not prevent it from being profitable mainly through associated services such as creation, development, provision and technical support activities.

Since the requisition of the digital platforms of GAFAM and others has not yet taken place, many have taken the lead. Thanks to the Framasoft association which references all the alternatives with a real quality of services within the framework of our daily uses, digital independence is just a click away: De-google-ify Internet

For example, this website runs on WordPress. Likewise, I use Signal to communicate without vampirizing Facebook stuff (Messenger and WhatsApp). And let’s find ourselves among heretics to turn the world over to my alternative networks:
– Gettr (american, similar to Twitter) or VK (russian, similar to Facebook)
– Odysee : a video platform for freedom of expression with a channel created as a preventive measure given the unique thinking and unprecedented censorship that hit the media (and therefore the internet) in these totalitarian times.
– Liberapay: a crowdfunding platform (I will discuss the idea in more detail shortly) with high morals and ideals.

Finally, another alternative remains to limit digital life to fully live the experiences offered by reality.

Translate into your language